This is the fourth in our series of “Small Plates”, where we visit restaurants on occasions other than Date Night.

“Everybody likes pie,” said John Travolta in “Michael” in 1996. Ronald Wolf and his partners like pie enough to bet that you are going to eat sweet and savory pies at their restaurant across from the Costco at Perimeter Mall. 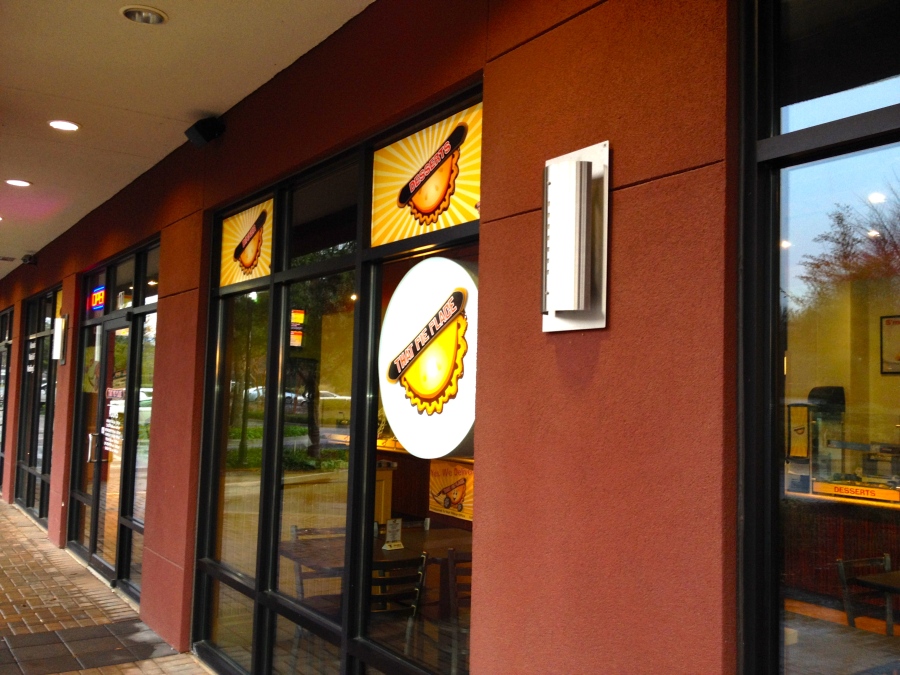 This is the “mother ship” of what will become a chain in 2014. Franchisees are lining up to open these stores in an area near you. This concept would do well near a college campus. 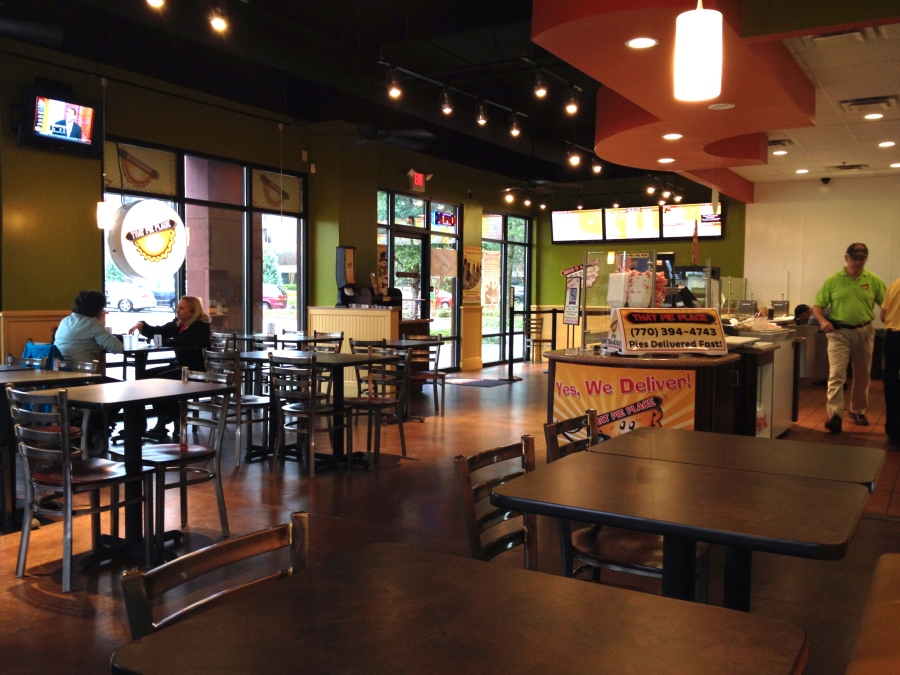 Evidently a bunch of bloggers invaded That Pie Place about a month ago, but Date Night is not on the A-list (we just got promoted to the D-List) and we were not invited. What makes this place different is that you order your pie and they make it fresh as you watch. You can order off of the menu, or make your own. They pop it into a special oven and in about six minutes, your pie is ready. 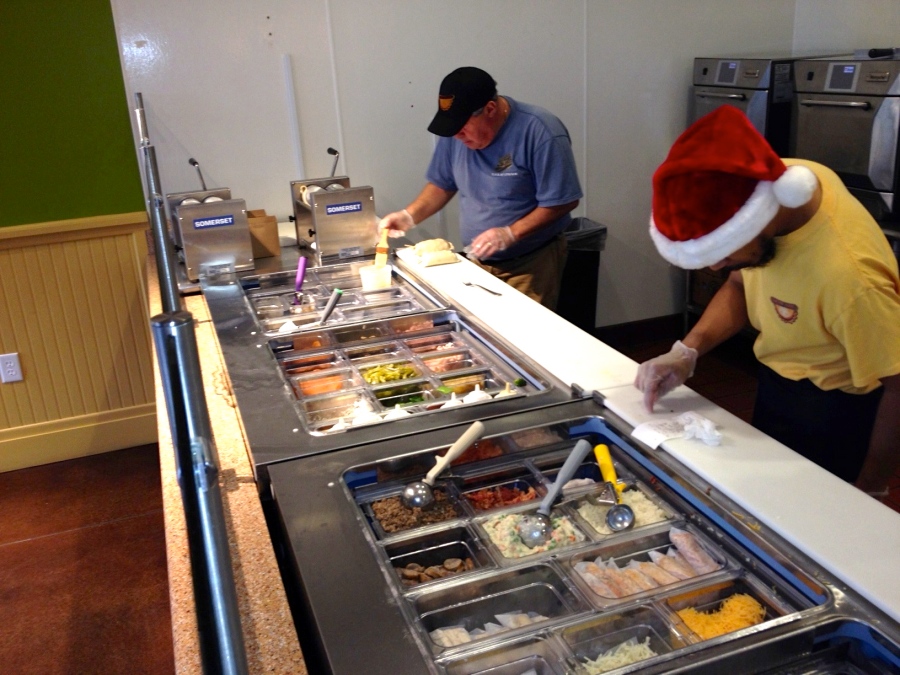 As far as we know, nobody is doing a concept like this. Props to Mr. Wolf and his team for going where no fork has ever gone before.

Back at the counter, which Mr. Wolf is working today, we decide to make our own pies. You choose a meat, a cheese, veggies and a sauce for your pie. Eve orders the salmon with provolone cheese, spinach, broccoli, mushrooms and no sauce. She gets an order of tomato-basil soup on the side. 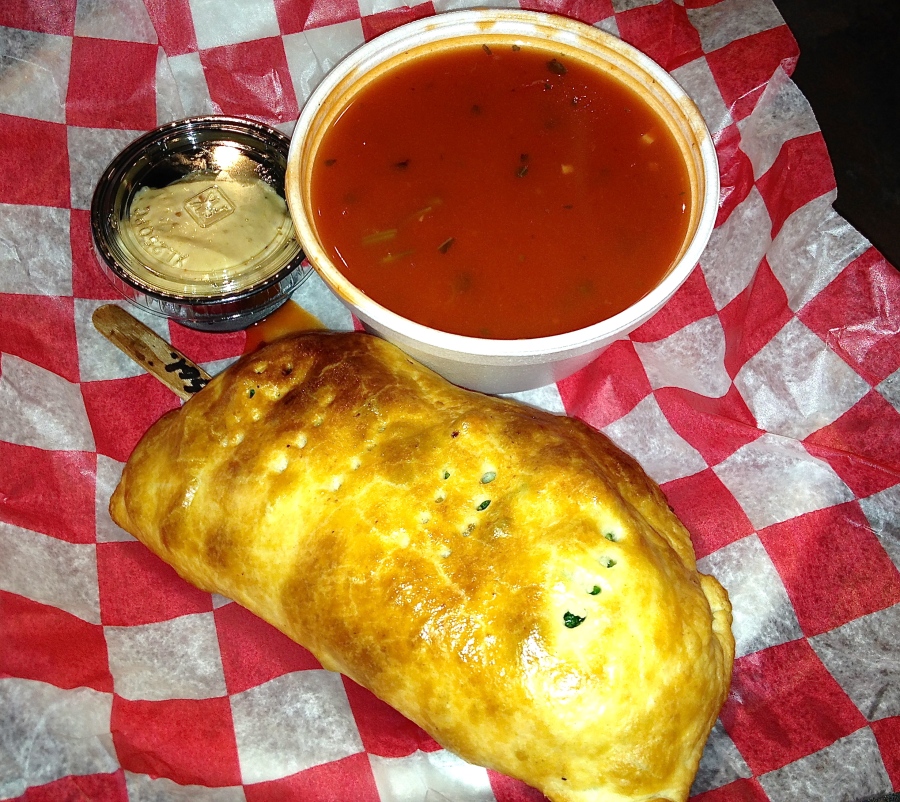 I order the chicken with mozzarella cheese, spinach, mushrooms and hold the sauce as well. My side is a meaty bowl of chili. 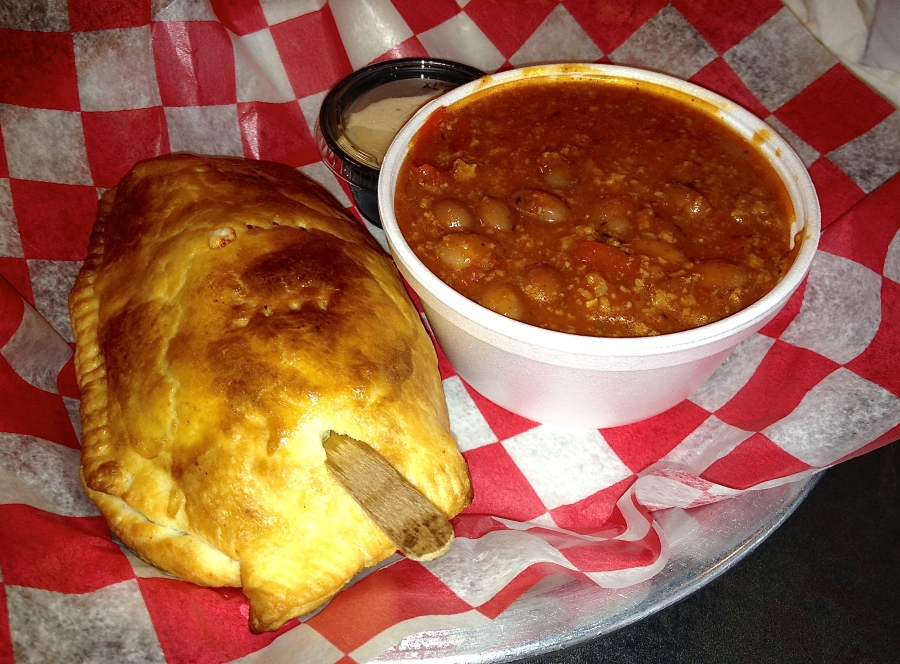 What’s wrong with these pictures? We should have cut into the pies so the filling would show in the photos. We will fix that mistake later in this entry. What you need to know about these pies is they are fantastic. They are obviously fresh, and the warm, flaky crust, in addition to the high-quality fillings make this a delicious lunch treat on a rainy Sunday. They are also open for dinner. It’s pie whenever you want it, however you want it.

In the interest of “research”, we order the cinnamon chips. 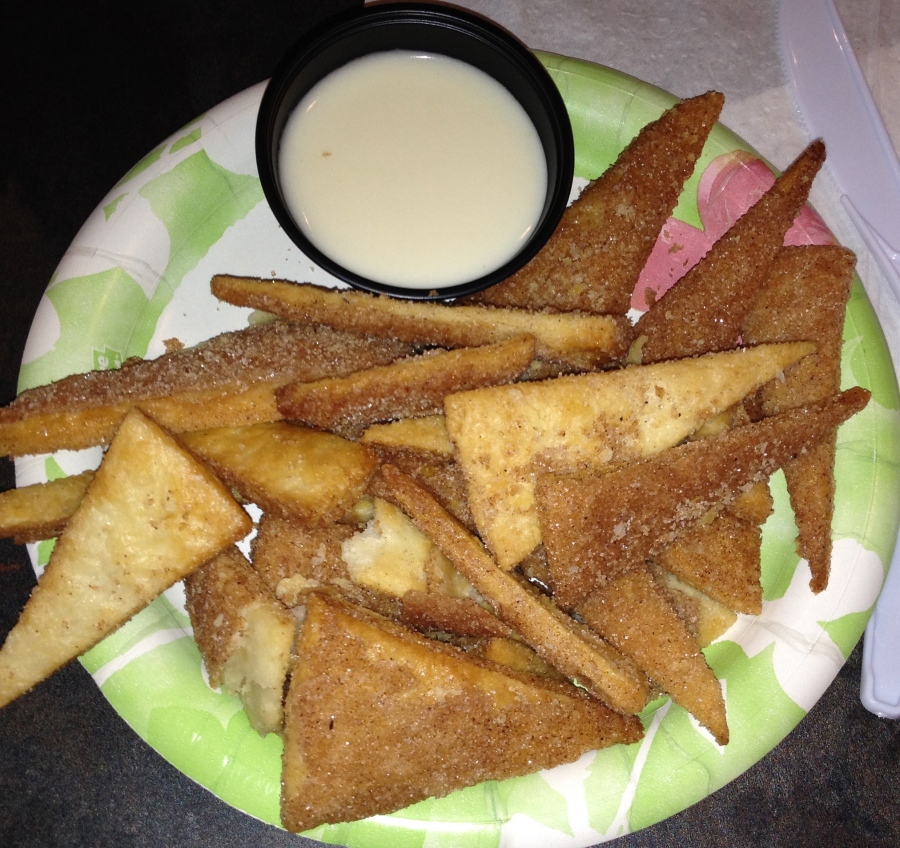 They take the pie crust and bake it with cinnamon sugar. It is served with a sweet cream cheese sauce for dipping. These taste a lot like churros and quickly disappear from the plate.

The pies are so good that we get one to go for our slumbering son at home. His Italian Sausage pie comes off the menu. 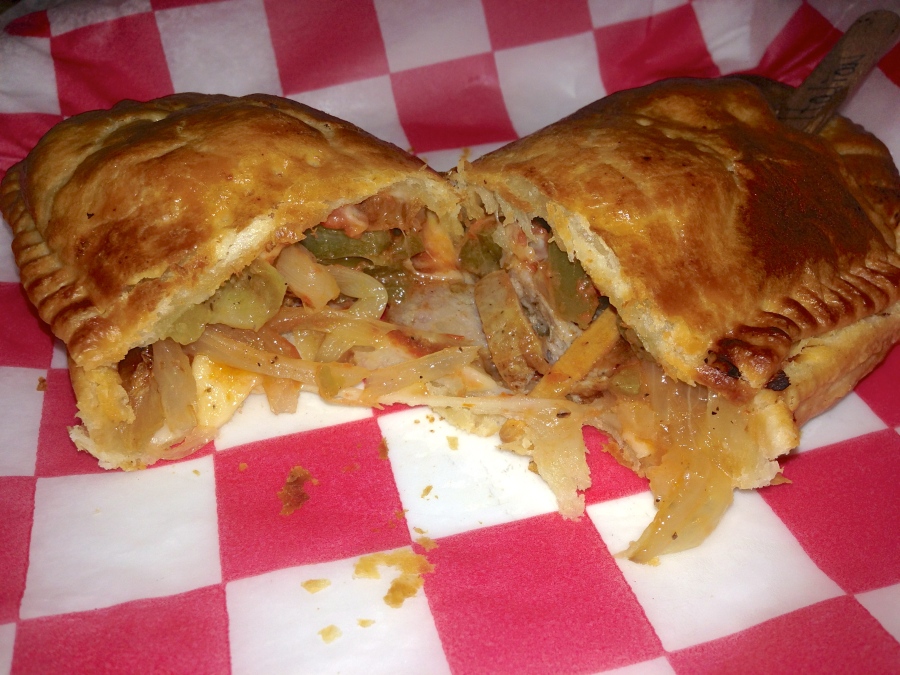 Realizing our photography error at home, we cut into this pie for the photo. Inside is mild sausage, provolone, onions, peppers and tomato sauce. It’s like a calzone with a much flakier crust.

There are smaller dessert pies on the menu too. Cherry, apple, peach, pecan and s’mores are available, but we take home Elvis. 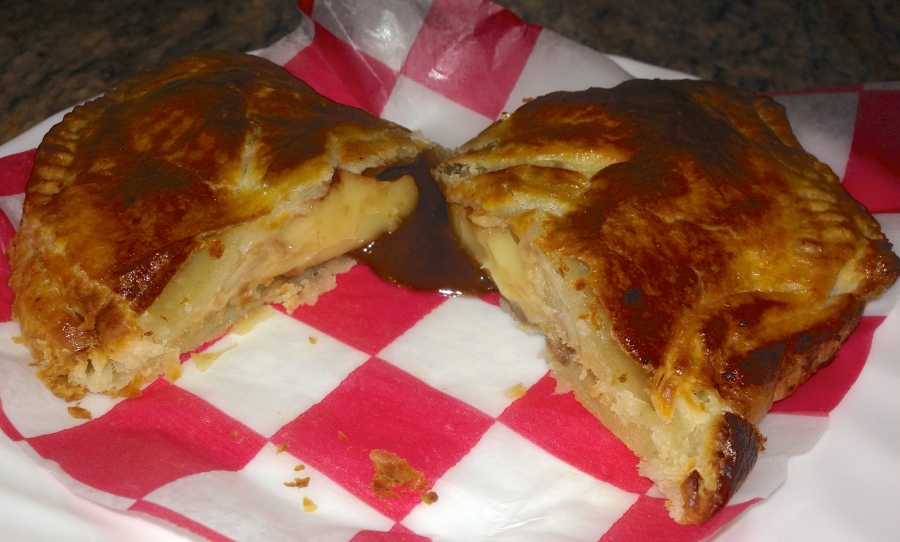 It’s a hunka-hunka banana, peanut butter and melted chocolate. Thank you, thank you very much for a super meal.

One thought on “Small Plates #4: That Pie Place”