What’s half burger bar and half sushi bar? Why, The Cowfish, of course. This Charlotte-based chain is about to open in Atlanta’s Perimeter Mall. Our readers are about to see a lot of Cowfish PR hype before they open on April 28. During a recent visit to Charlotte, we pop into their Cowfish to see what we have to look forward to in the ATL.  Remember, you read it here first.

They have a sense of humor here and don’t take themselves too seriously. Even the bathroom signs drive home the branding. 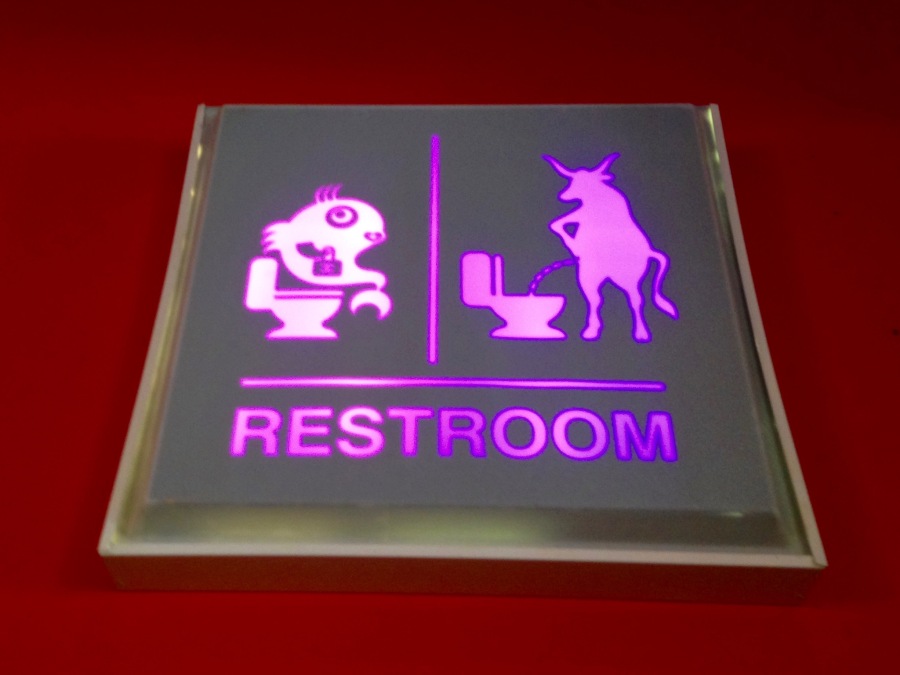 There are four locations: Charlotte, Raleigh, Atlanta and Orlando. There’s a big bar when you walk in and there’s a sushi bar around the corner. 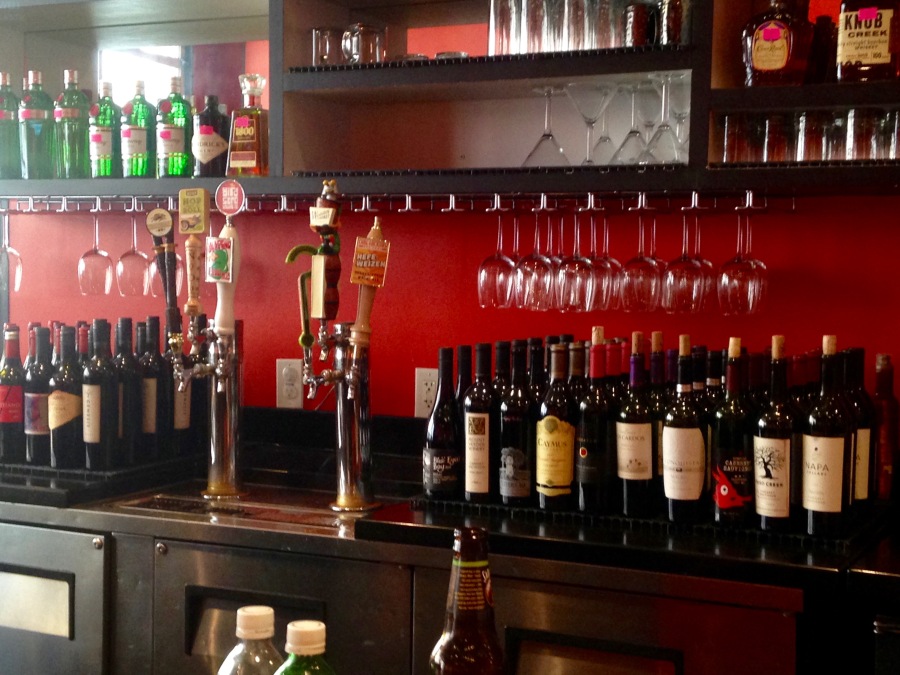 We are not imbibing at lunch, but the beer list contains many of North Carolina’s greatest hits. The Atlanta beer menu is currently online and it looks like they will do the same here.

The menu is an interesting mix. You can get burgers, or sushi. Or, why not combine the two and order a “burgushi”?  We are not making this up. You can try a dish like the “Cheeseburgooshi” (a bacon cheeseburger wrapped in soy paper and then flash fried), the “Pittsburgoo-shi” (filet mignon served with pastrami over spring roll wrapper buns), or the “Bar-B-Q-shi”, which is pulled pork wrapped in the soy paper and fried. Let’s just say there’s not a lot of health food on this side of the menu. Eve gets the Bento Box for her “burgushi”. 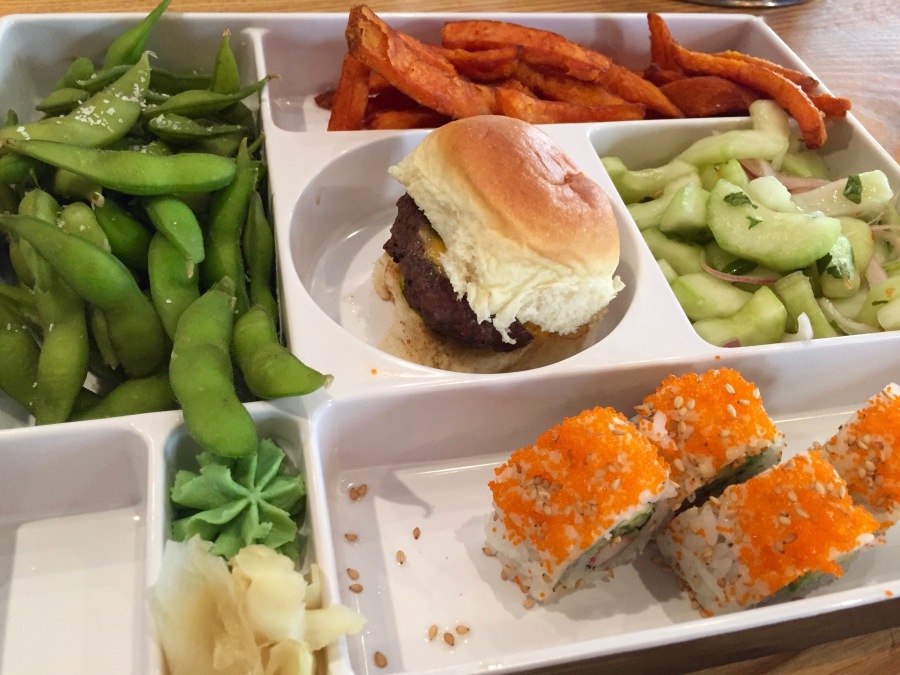 This really is the best of both worlds. From the American side you get a burger and sweet potato fries. The Asian influence includes edamame, Thai cucumbers and a nice California roll. Eve really likes food that comes in its own compartment. That must be a flashback to the TV dinners of her childhood.

I’m in the mood for a healthy salad, so I pass on the “Hunka Hunka” burger (peanut butter, fried bananas, and bacon) and go with the tuna nicoise.

Usually, this salad has some kind of canned tuna, but at Cowfish they give you a beautiful piece of seared yellowfin with two colors of sesame seeds.  I’ve had a lot of these in France and the barely cooked, thin-sliced tuna makes this  one of the best I have had.  By the way, I’m not sure what the French would think about the nacho chip garnish, but remember, this is a restaurant with a sense of humor.

Cowfish promises to be the best sushi bar AND the best burger bar in town. Can they deliver? We shall see. One thing we can say is there is not another menu like this in Atlanta. Perimeter Mall is a magnet for people that like to eat out, so they have chosen their location well. Our lunch was a bit expensive ($38 with no beer), but this crowd can afford it. We’ll get over to The Cowfish for a full review once they get rolling.